At Fort McKay Alcor, we’re energized by our Aboriginal heritage and want to do everything we can for the community that sustains us. That’s why we lend our support to local initiatives that enrich us all.
How we’re engaging with the community
AWAKE Cultural Camp Series
Fort McKay Alcor founded and supports the AWAKE Cultural Camp Series, which involves teaching and preserving Indigenous culture through hands-on fishing, hunting and trapping wilderness camps.
Learn more at www.awakeccs.ca.
Annual Aboriginal Trades Scholarship
Each year, we award scholarships to students pursuing a career in the trades industry. Valued at $1000 each, the scholarships are granted to graduating Aboriginal students who have been accepted into an accredited trade school to pursue plumbing, refrigeration, electrical, millwright or carpentry.
Scholarship Recipients
x

In early 2017, Fort McKay Alcor was pleased to announce the establishment of a scholarship to help young Aboriginal students offset the financial burden associated with furthering their education. This annual scholarship of $1,000 is awarded to two students who are pursuing an education in one of our supporting trades. Fort McKay Alcor President Mel Grandjamb and Vice President of Operations Michael Crawford presented cheques to the recipients of the inaugural scholarship — Jackson Epple and Colten Pocha — in Fort McMurray, Alberta. 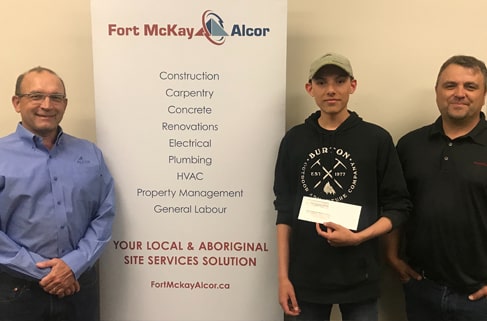 As a Grade 12 student at Father Patrick Mercredi Community High School and a member of McMurray Metis Local 1935, Joshua excels at problem solving and hands-on work, which is why he's passionate about starting a career as an electrician. While at school, Joshua was known for his solid academics, maturity, polite manner and excellent attendance. He graduated from the Dual Credit Electrician program, a partnership between Keyano College and the Fort McMurray Catholic and Public School Divisions, and is described by his employer as having a phenomenal work ethic, respectful manner and leadership potential. "Joshua is a mature student who appreciates this opportunity and will be an asset to an employer as he shows a definite interest in the trade," says Joshua's Keyano instructor.

We are very proud of Joshua and would like to congratulate him on being this year's recipient of the Fort McKay Alcor Aboriginal Trades Scholarship. 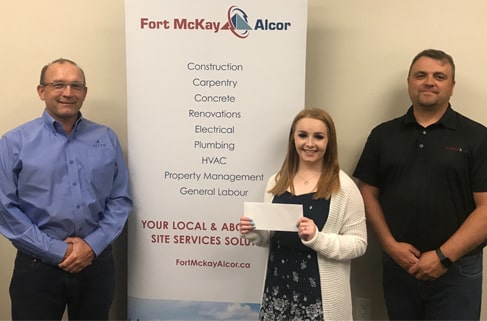 While a student at Holy Trinity High School, Danielle Caines was drawn to the trade of Instrumentation Technician because of the opportunity to practise two of her favourite things: problem solving and troubleshooting. Originally from the Qalipu Mi'Kmaq First Nation in Newfoundland, Danielle's academic strengths are science and math, which support this trade and its demands. A hard worker who earns respectable marks, Danielle completed two years of work placement through the RAP program and worked in the Fort McMurray oil sands as a first-year apprentice. Her team lead and co-workers have nothing but positive things to say about Danielle's work ethic, describing her as a team player who asks questions and is always involved in the work. 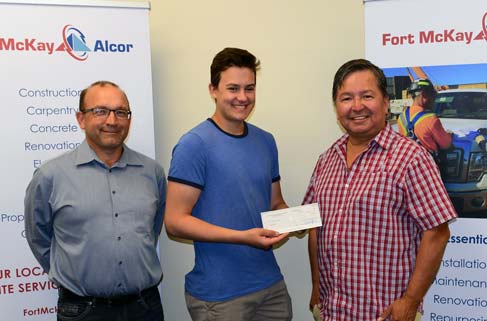 Jackson Epple is a 2017 graduate of Holy Trinity High School and is proudly Métis. He is following in the footsteps of his father and studying to become a journeyman electrician. Jackson’s teachers note he had an excellent academic and attendance record, and the school courses he chose fulfill A.I.T requirements for the electrician trade. He has completed two work terms with Syncrude Canada where he exceeded expectations as a first-year apprentice, showed initiative and interest, and worked well as part of a team. He is currently applying for the Community Careers Apprenticeship Program (CCAP) to continue his training as an electrical apprentice. 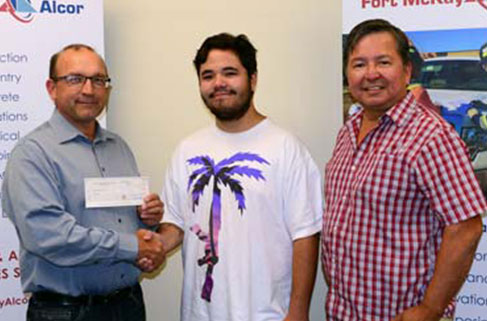 Colten Pocha is a 2017 graduate of Father Patrick Mercredi Community High School and is proudly Cree. Colten became interested in the electrical field because his grandfather was an electrician. His teachers note that he demonstrated solid academics and had an excellent attendance record, and he is currently enrolled in the Registered Apprenticeship Program. Colten completed his first work placement with Shell Albian Sands from February – June 2017 and was recognized as an excellent team player who pays close attention to safety and is interested in developing more skills. Colten completed his first period of technical training in September 2017, and will return to Shell for his second placement from February 2018 - June 2018.

close
Aboriginal Entrepreneurship
Through Father Mercredi High School, Fort McKay Alcor sponsors students who express an interest in business and entrepreneurship. As part of the Aboriginal Entrepreneurship program, we organize “sales days” where students sell products or services, and conduct analyses before and after the event.
Ongoing Community Support
We also support numerous community events and initiatives in the Regional Municipality of Wood Buffalo through financial, gift-in-kind, and volunteer contributions.
Do you have a community event or program that you think Fort McKay Alcor should support?
Get in touch
“We’re proud to be a big company with local roots.”
Navigation